While the world continues to embrace electric cars, there’s a revolution happening in the world of motorcycles as well, replacing combustion engines with electric motors to give us some of the world’s first electric dirt bikes. Although a bit of a misnomer, a ‘dirt bike’ is simply an off-road motorcycle, one of 6 motorcycle classes including cruiser, sport, standard, dual-purpose, and touring. An electric dirt bike is used the same way as a traditional dirt bike, except that the power source, and some controls, are vastly different.

The Exhaust System is gone

Since no gasoline is burned, no exhaust is created, so there is no need for the exhaust system, including the muffler, pipes, and silencer.

The Fuel Tank is gone too

No need for gasoline means there’s no need for a fuel tank, although it’s difficult to notice it’s gone with most manufacturers’ farings.

Some Electric Dirt Bikes have No Chain

Some electric dirt bikes, like the Stealth H52 from Stealth Electric Bikes, use a rear hub to deliver all the power to the rear wheel, eliminating the need for a chain and eliminating chain-related problems with it.

Most dirt bikes don’t have batteries, although if they have lights, electronic fuel injection, or electric start, they may have a small battery. Electric dirt bikes, however, have a large battery for obvious reasons. It’s usually mounted where the fuel tank would be, although some place it in other locations.

Electric dirt bikes don’t have a Gearbox or Clutch

This new breed of dirt bikes can deliver instantaneous power to the rear wheel, which means a gearbox and clutch are no longer necessary.

Changing gears is not necessary with an electric dirt bike

Not having a gearbox and clutch also eliminates the need to change gears while riding, a benefit many electric dirt bike riders really like a lot, especially novices. You simply need to twist the throttle and go off (similar to an electric scooter).

The Clutch handle has been replaced by a Rear Brake handle

The left-hand lever normally controls the clutch for changing gears on a traditional dirt bike. This lever now controls the rear brake on electric dirt bikes instead of your foot. (The right handle still controls the front brakes.)

One of the best things about electric dirt bikes is that, since they don’t use gasoline, they don’t create noxious fumes that can lead to global warming. Also, without a combustion engine, they are much less noisy, with only the sound from the bike hitting the dirt and the excited yells of the rider to be heard.

What is the Difference Between an Electric Dirt Bike Motor and a Traditional Dirt Bike Engine?

For some people, electric dirt bikes and motors, in general, can seem quite confusing and more ‘technical’ than a traditional combustion engine. However, electric motors are far less complex and much simpler than their combustion counterparts.

For example, a combustion engine delivers power to the dirt bike by burning fossil fuel, in this case, gasoline. The combustion, in turn, moves the entire crank mechanism, including the cylinders, valves, crankshaft, and pistons, which then turns the chain that moves the rear wheel and propels the dirt bike forward. This is a process called thermodynamics. and is the hallmark of combustion engines for every type of vehicle.

An electric dirt bike’s motor is very different in several major ways. First, there are only 2 components that deliver power, the stator and rotor working together. Also, when you brake, the electric motor can become an electric generator, channeling some of the excess power back into the battery and recharging it as you ride.

No gears, no oil, no spark plugs = No worries

One of the most significant differences between an electric dirt bike motor and a traditional dirt bike engine, however, is that an electric dirt bike motor requires a whole lot less maintenance and repair. The reason; is there are no spark plugs to foul, no oil to change, no coolant to keep the engine from overheating, and no damage from internal combustion. That can mean big savings over time and significant time savings because there’s much less maintenance to perform.

What Differences do Electric Dirt Bike Batteries have over Traditional Batteries?

Unlike the battery used in traditional dirt bikes (if they even have one), electric dirt bike batteries are mostly lithium-ion batteries instead of lead-acid batteries. This lithium-ion (Li-ion) batteries are similar to what powers a smartphone, which has the advantage of lowering operating costs and allowing for much easier maintenance.

One drawback that they have, and it’s significant, is that Li-ion batteries are much more expensive than traditional lead-acid batteries, and since they are much bigger in an electric dirt bike than, say, an iPhone, that extra expense can push the cost of an electric dirt bike much higher than a traditional dirt bike. However, the lifespan of a Li-ion battery is much longer than a lead-acid battery, so the extra up-front expense can be evened out (somewhat) by the longer life the li-ion battery delivers.

One other small problem that should be noted here is that China is the world’s biggest producer of li-ion batteries right now, and, unfortunately, they seem to be hoarding the materials needed to make them to keep the demand higher and their prices with it.

What is the Range of Ratings for an Electric Dirt Bike Battery?

Interestingly, li-ion batteries used in electric dirt bikes are made in the same factories where li-ion batteries are manufactured for other vehicles, including electric bicycles. Due to this fact, most people use the rating of the battery to determine which delivers the most power.

Electric dirt bike batteries range from 24Volts to 36 Volts and 4Volts, with ampere-hour ratings ranging from 7Ah to 10Ah. There are several combinations of both voltage and ampere-hours on the market. Both of these factors will also determine the driving range of the electric dirt bike and, maybe more importantly, how long a particular electric dirt bike’s battery will need to fully recharge from complete drainage.

Another factor that must be considered when purchasing an electric dirt bike is that, in order to charge the Li-ion battery, you will need a battery charger. Some models will come with a charger, and some won’t, so make sure to factor that into your purchase decision.

There are 2 Different Types of Electric Dirt bikes Battery

Currently, as of right now, 2 different types of batteries are being used in electric dirt bikes, including integrated and swappable batteries.

Integrated electric dirt bike batteries are just what their name suggests, batteries that are integrated into the frame of the dirt bike and thus not removable.

Swappable electric dirt bike batteries can be removed from the dirt bike when they’re exhausted and replaced with a fresh battery, usually quite quickly.

Some of the Top Rated Electric Dirt Bikes

At the end of the day, electric dirt bikes have some advantages and disadvantages. Depending on your opinion and experience, some of these may influence your decision more than others.

We hope you enjoyed this article about Electric Dirt Bikes Components. If you have any questions or comments, please leave them in the space provided, and best of luck with your electric dirt bike purchase! 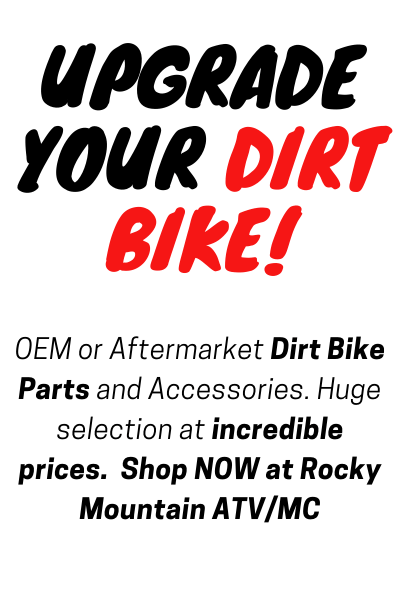